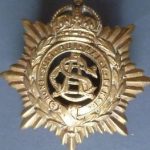 Patrick was an Irish Catholic born in 1897 at Four Mills in Co Waterford. As was common for the time, his parents Thomas and Mary had six other children, two more had died in infancy. Patrick was only 18 years old when Britain entered the war, despite his tender years he travelled to Clonmel in Co Tipperary and enlisted as Driver in the Army Service Corps. Details of his service are scarce as his records were destroyed in the Blitz but we know that he served in a Horse Transport Company, probably attached to 36th (Ulster) Division. The Division moved over to England in July 1915 to conduct training on Salisbury Plain. Within a month Patrick was admitted to Netheravon Military Hospital where he died of an unspecified disease. He was buried in Netheravon churchyard. 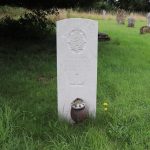