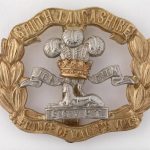 A Lancastrian born in 1883 to Lawrence and Jane he was one of six children. His father died in 1900 and he went to work as in the local glassworks in St Helens. In 1903 he married Ellen Tinsley and they had three children. Aged thirty one at the outbreak of the war Lawrence joined the 11th battalion of the South Lancashire Regiment. This was one of the Pals battalions made up of volunteers all recruited from the same areas. It took the battalion some time to become fully equipped but eventually they moved South to Larkhill prior to moving to France in November. Lawrence never got to France, he fell ill and on the 10th of October 1915 and died in the Netheravon military hospital. He is buried in the Netheravon churchyard. 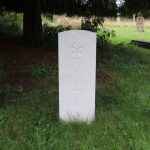