George Edwardes was commissioned into the 1st Royal Dragoons in 1908. Stationed in India and then South Africa, the Regiment was initially recalled home in August 1914 before landing in Belgium in October. After taking part in the heavy fighting that finally stemmed the German onslaught George was one of many from the experienced but weakened British Expeditionary Force recruited to train and lead battalions of the New Army being raised by Field Marshal Kitchener.
He returned to France in December 1915 as a Major in the 13th Battalion of the Welch Regiment, part of the famed 38th Welsh Division. The Battalion’s first major engagement was at Mametz Wood in July 1916, during the opening phase of the Battle of the Somme. Clearing the wood took 5 days of desperate hand-to-hand fighting leaving 12 officers and 350 other ranks of the 13th Welch as casualties on the first day alone. Aged just 28, D’Arcy took over when the Commanding Officer was killed before he in turn died of wounds received in action. He is buried in the Dantzig Alley British Cemetery near Mametz. 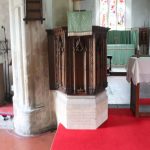 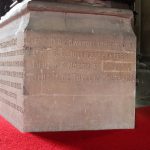 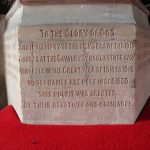