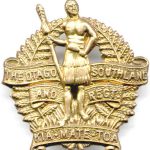 Born in Napier New Zealand to Ernest and Ellen in 1895. His grandmother was originally from Netheravon, emigrating in 1874 and then marrying another emigrant Charles Kaye. Their son, Herbert Kaye, also a NZ soldier died during the war and is buried in Netheravon. Sidney joined the Otago Regiment and in 1916 left for England. He arrived in France in time to join the latter stages of the Battle of the Somme and was involved in the fighting to capture the “Switch Line” on 15th of September 1916. The New Zealanders captured the objective but Sidney was killed on the first day. He is buried at the Caterpillar Valley Cemetery in Longueval and is also commemorated in the churchyard in Netheravon. 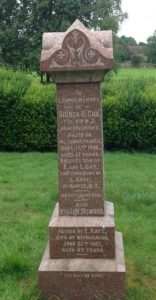