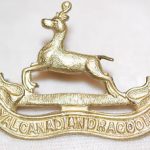 William was born at Gosport, Portsmouth in 1892. His father was a labourer in the ammunition storage hard at Portsmouth Naval Dockyard. Aged 19 years old William emigrated to Canada to start a new life as a farmer. He settled in the Seaforth area of Ontario and married. On the outbreak of war he enlisted as a Private in the Royal Canadian Dragoons. In October 1914 the Regiment was sent to England as part of the Canadian Expeditionary Force; on arrival it was sent to Salisbury Plain to prepare for war. The winter weather was ghastly, incessant cold and wet took its toll on horses and men billeted under canvas. An eventual move to billets in villages in the Amesbury area coincided with William being admitted to Netheravon Military Hospital suffering from bronchial pneumonia; he died in January 1915 aged 22. Details of his burial were sent to his wife Lillian but were returned as undelivered. A sad end. 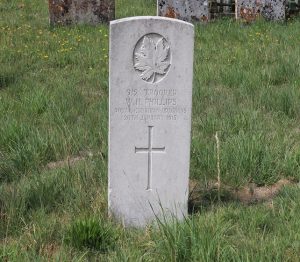