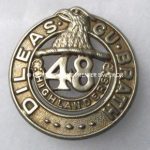 Born on the 23rd November 1891 at Beaverton, Ontario, to John, an Ontario born Scot (his father Sidney had emigrated from Scotland) and Elizabeth, also born in Ontario. He had three sisters and two brothers and they lived in Beaverton on the shores of Lake Simcoe. On 20th January 1901 Elizabeth died, Charles was only nine years old. The family moved in with John’s parents who lived on Bay Street, also in Beaverton. By the time the war started Charles was a foreman of construction and had also served for two years with local militia battalion, the 34th Battalion (Ontario Regiment).

As soon as the war had started Charles volunteered for the Canadian Expeditionary Force, travelling to Valcartier to attest into the 15th Canadian Infantry Battalion. The Battalion embarked for England on 26th September 1914, arriving on 18th October and setting up camp at West Down South.

On 16th December Charles’ Battalion and the 3rd Brigade left West Down and marched to Larkhill where they were to be accommodated in huts. Charles was to develop pneumonia and was moved to Netheravon where on 26th January 1915 he died, he is buried in the graveyard at All Saints Church, Netheravon. 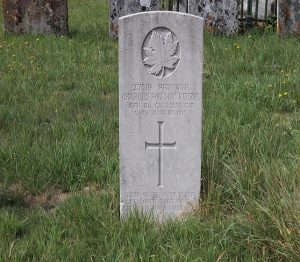