Although he had no direct connection with Enford, Frederick Barnes is remembered on the village war memorial, it is likely his name was included by a relation wanting a place of memorial in place of a known grave. Frederick’s family were from Oxenwood in Berkshire where his father Philip farmed 320 acres. Following his mother’s death the family moved to Woodhouse Farm on the outskirts of Andover. When of age Frederick joined the Army serving for 7 years before discharge in 1907 and then becoming a Farm Bailiff at Buttermere, near Hungerford. In 1914 he was recalled to the Colours joining the 6th Wiltshires at Assaye Barracks, Tidworth. He fought at the Battle of Loos in 1915 before being killed in action on the second day of the Somme Offensive. On the afternoon of 2nd July 1916 the battalion was ordered to attack the German line at La Boisselle. The battalion war diary records that 2 lines of trenches were captured at a cost of 4 officers killed and 6 wounded and 35 other ranks killed, 237 wounded and 35 missing. Frederick was one of those killed, his body lost in the subsequent fighting, he is remembered on the Thiepval Memorial. 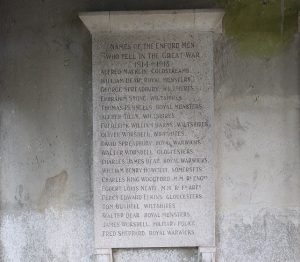 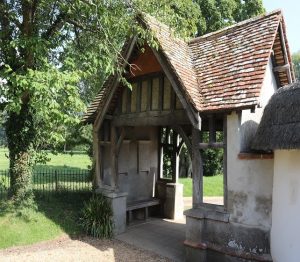